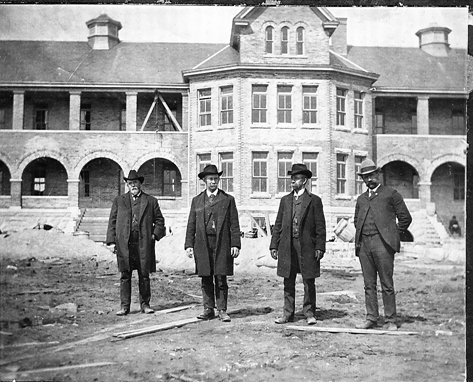 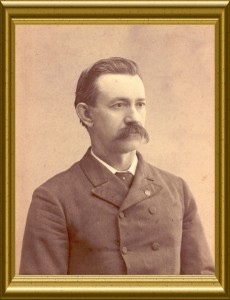 In the course of her early lifetime, my daughter heard a lot about George P. I spent the years she was a baby researching him, part time, in the old library. At the time they had their microfilm reader (no printing back then—you hand-copied what you found) in a little room on the south side of the main room. I would stagger out of there after reading newspaper copy for three or four hours, my hands cramped and my eyes strained, often weepy from reading the sentimental verse.

As Elizabeth got bigger, “George Washburn’s Ottawa” was a biennial event. She was in and out of every Washburn building I could gain entry to, always polite and well behaved, and no doubt bored silly.

Washburn descendants would show up occasionally and I would drive them around the buildings I knew about, often with Liz in tow.

Once when George P’s grandson called for me, and Elizabeth answered the phone, the whole experience took on a new and frightening aspect for her. She came to get me, fear in her eyes, saying “Momma, there’s an old man on the phone and he says he’s GEORGE WASHBURN!  She couldn’t have quoted me GPW’s birth and death dates, but she was pretty sure he shouldn’t be calling on the phone.

Ottawa Main Street Assn. is raising money to have a chain-saw artist carve two courthouse tree trunks into likenesses of George P. and Tauy Jones. [It’s going to be more of a trick with Jones. There’s only one extant photo of him, and it’s a bust. But that’s a problem for a later time.] We provided a number of images of Washburn, who liked having his picture taken and was quite a good photographer, himself. The photo on the left shows Washburn standing next to a historical marker on the Shiloh Civil War battlefield in Tennessee. Washburn was the national commander of the Survivors of Shiloh organization, as well as the Kansas state commander of the Grand Army of the Republic. He served in the 21st Missouri regiment and left many stories of his battlefield experiences. The late Dr. and Mrs. Frank Trump of Ottawa traveled with Washburn on a steamboat excursion to the Shiloh battlefield he arranged for several years on the anniversary of the battle. For the Trumps, it was their honeymoon trip.

The Franklin Co. courthouse is the oldest surviving Washburn courthouse, and so it will be particularly nice to have an image of him standing near it. 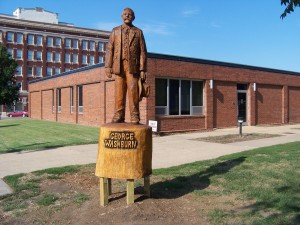 George Putnam Washburn statue on its new base near the Franklin County District Court, July 2011 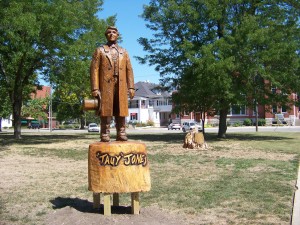 Tauy Jones statue on its new base on the Franklin County Courthouse lawn, July 2011. Old deteriorated base is in the background. 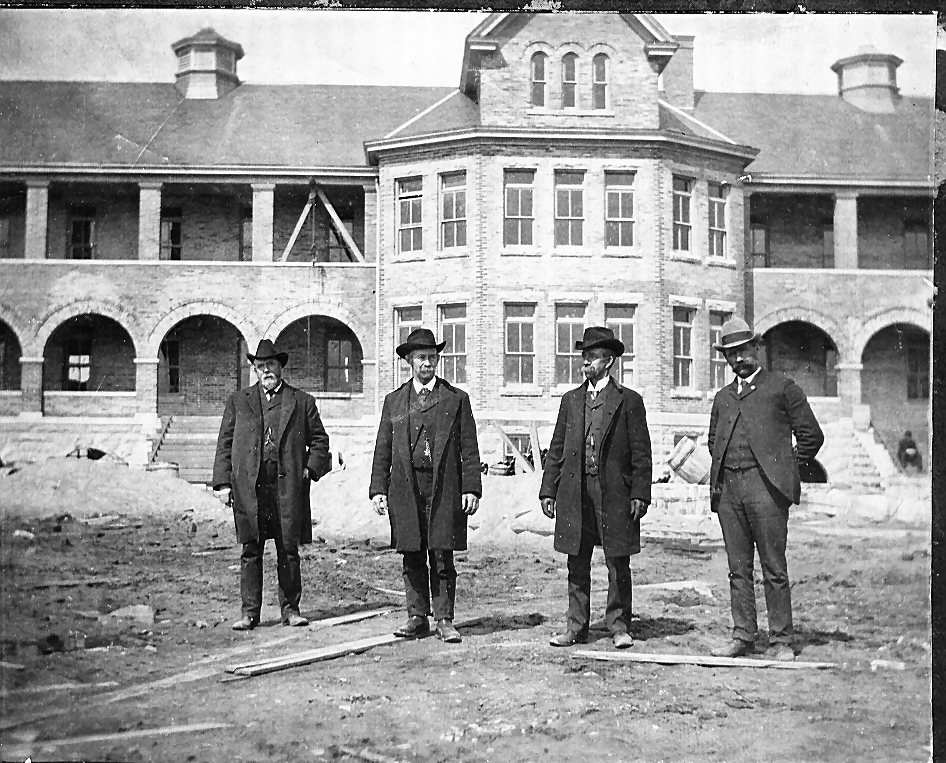