Originals in the possession of Cleo Caleb Church of Pomona, photocopied with her permission, transcribed by Deborah Barker, 2004

He farmed his family’s allotments in the Chippewa Hills, and that occupation is reflected in the four journals.  He also provided news from that area for the Ottawa Republican and Herald.  In 1914 he worked with the Red Cliff Chippewas near Bayfield, Wisconsin.  His job involved assisting the Indian police in suppressing the introduction of liquor into their reservation and superintending the clearance of timber from a public highway construction project.  He was also engaged in taking the industrial status and census of the tribe.

Veix’ journals focus rarely on his Munsee heritage, though he is interacting with the group daily.  He sends his children to Haskell Institution—now Haskell Indian Nations University.

He builds a house virtually alone, purchasing the needed supplies in tiny quantities.  Readers of these journals will notice the challenges involved in keeping farming equipment functional, as Veix visits the blacksmith frequently.  He reports doing repairs and painting the Mission church and digging graves in the Munsee burying ground.  The careful recording of minute expenses reflects Veix’ education and detail-oriented personality. 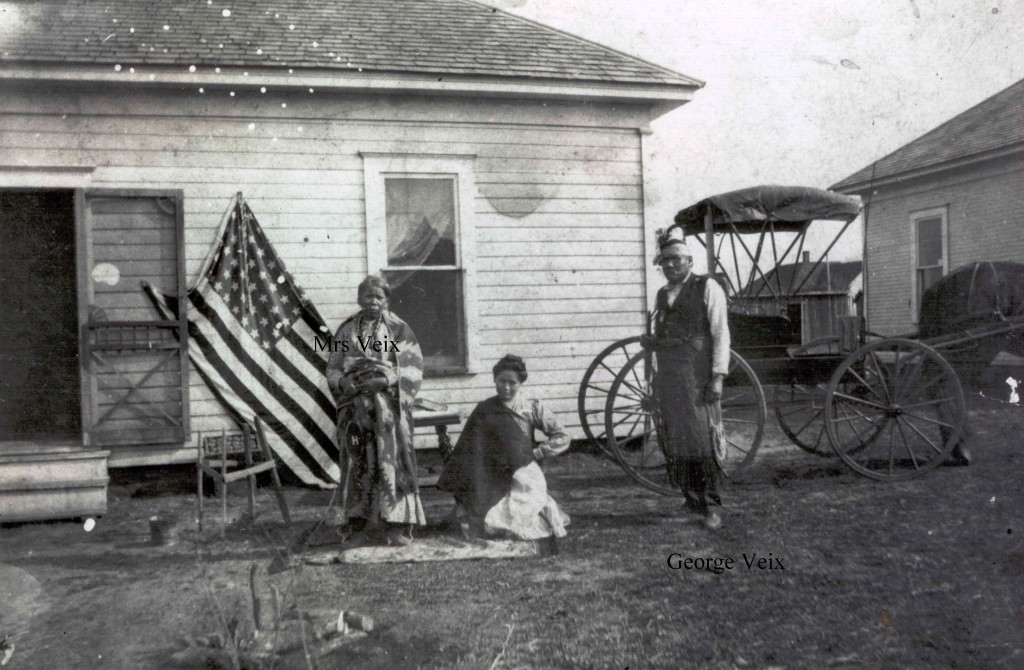 George Veix with His Wife, Louisa, and One of His Daughters

2 Responses to Munsee or Christian Indians